Two more hot and humid days ahead! We notched 90 degrees or hotter for the 20th time this year yesterday, and it will probably happen again today. The average high today is 79. The record is 96.

We get a little break Saturday and some of Sunday. Overall: the next couple of weeks are still on fire!

The transition into Saturday will focus on a cold front. The front could spawn severe storms Friday afternoon and early evening. Here’s an early look at the severe risk. For the severe weather update, visit My Huge Radar. 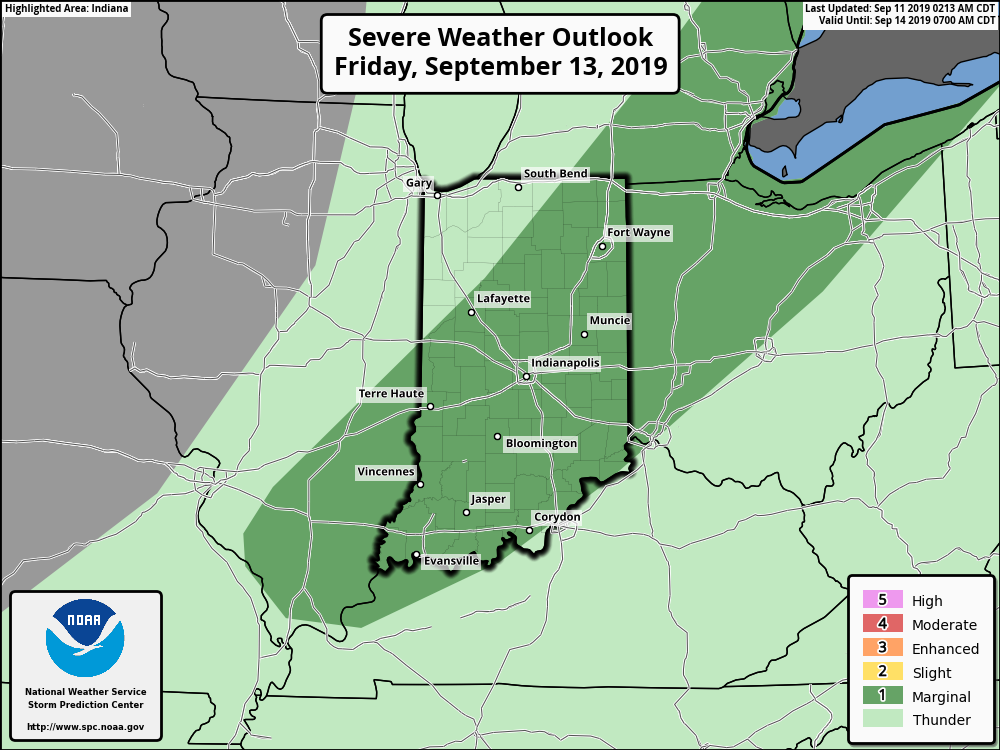 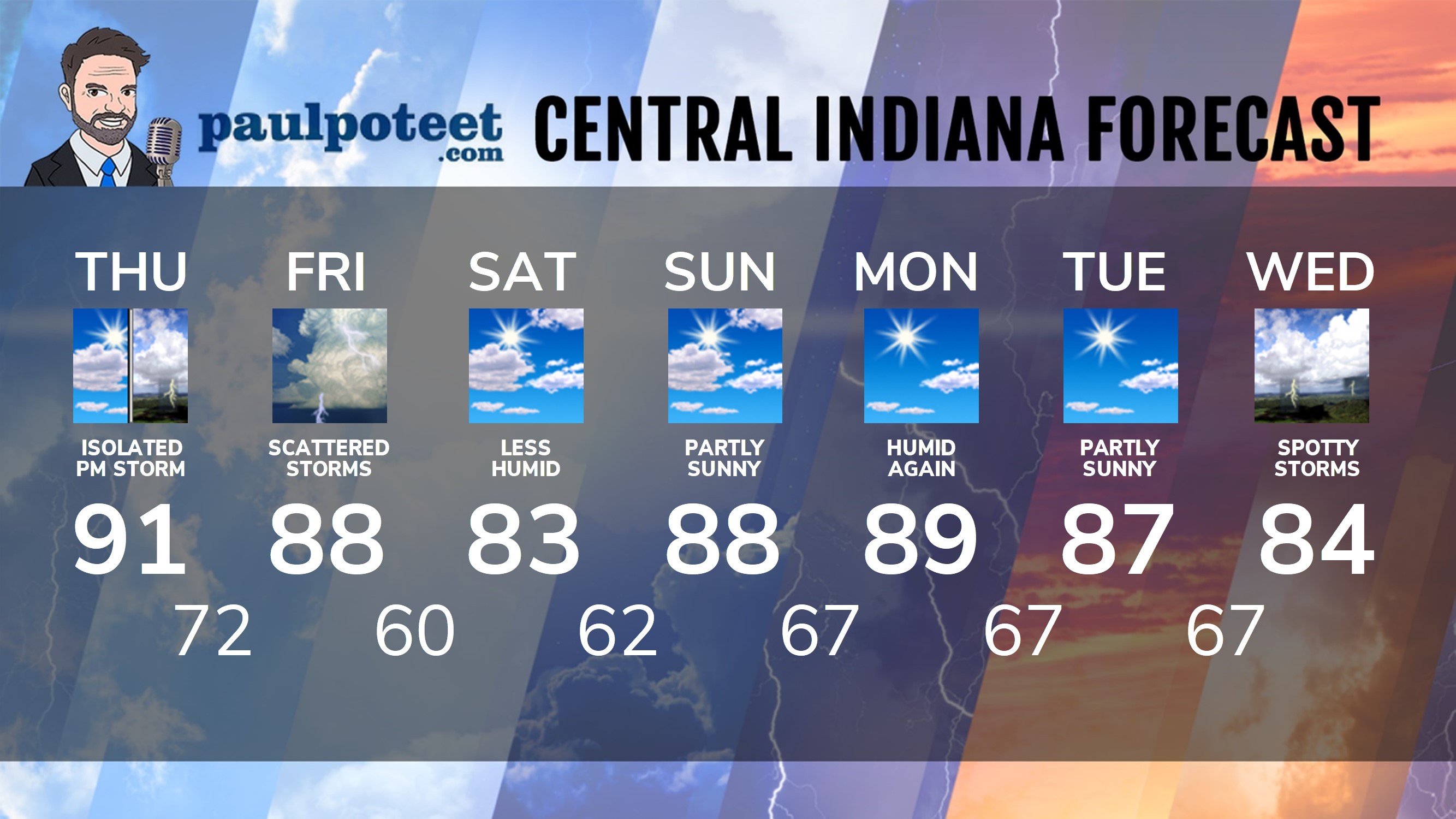