The biggest chance of showers and storms in the state today will be in the northeastern third of the state.

The bigger chance of rain and storms overall remains Friday, when a cold front moves through.

Before that, however, more above average numbers. Yesterday’s high hit 92 in Indy, just four degrees away from tying a record. The high was also 92 in Muncie and Terre Haute, 91 in Bloomington, and 89 in Lafayette. 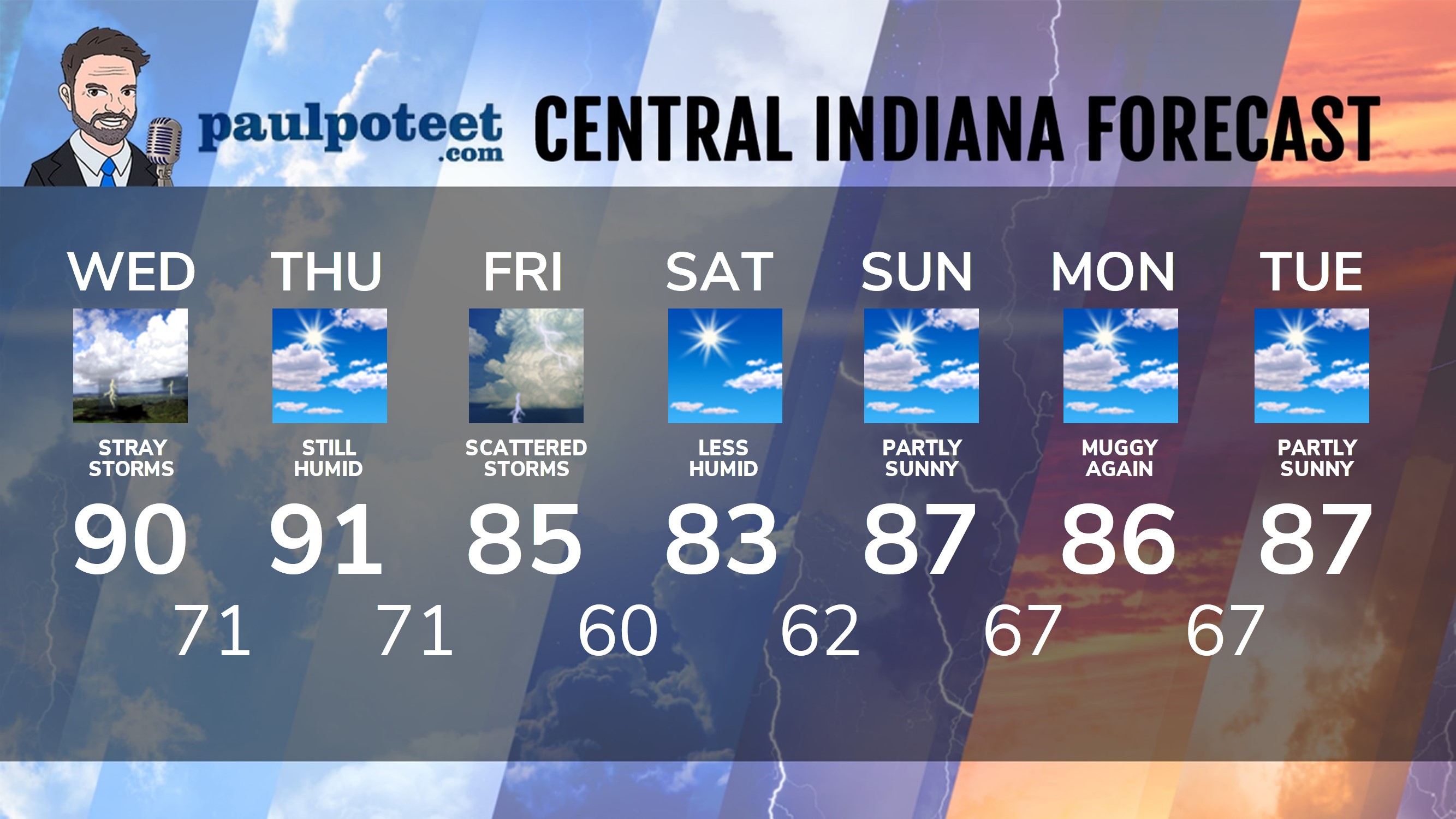