Did it again! For the fifth time this season Indianapolis made it to 90 degrees Friday. The sticky weather sticks through Sunday. The humidity will drop Sunday night, and it won’t be as oppressive Monday and Tuesday.

Showers and storms will be around again Saturday afternoon and evening. Friday’s storms dropped heavy rain in parts of Hamilton and Madison counties, and flooding rain down in Knox county. 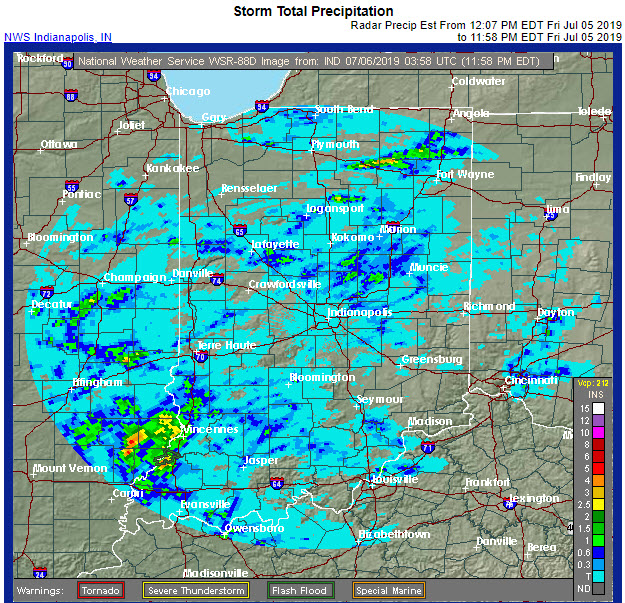 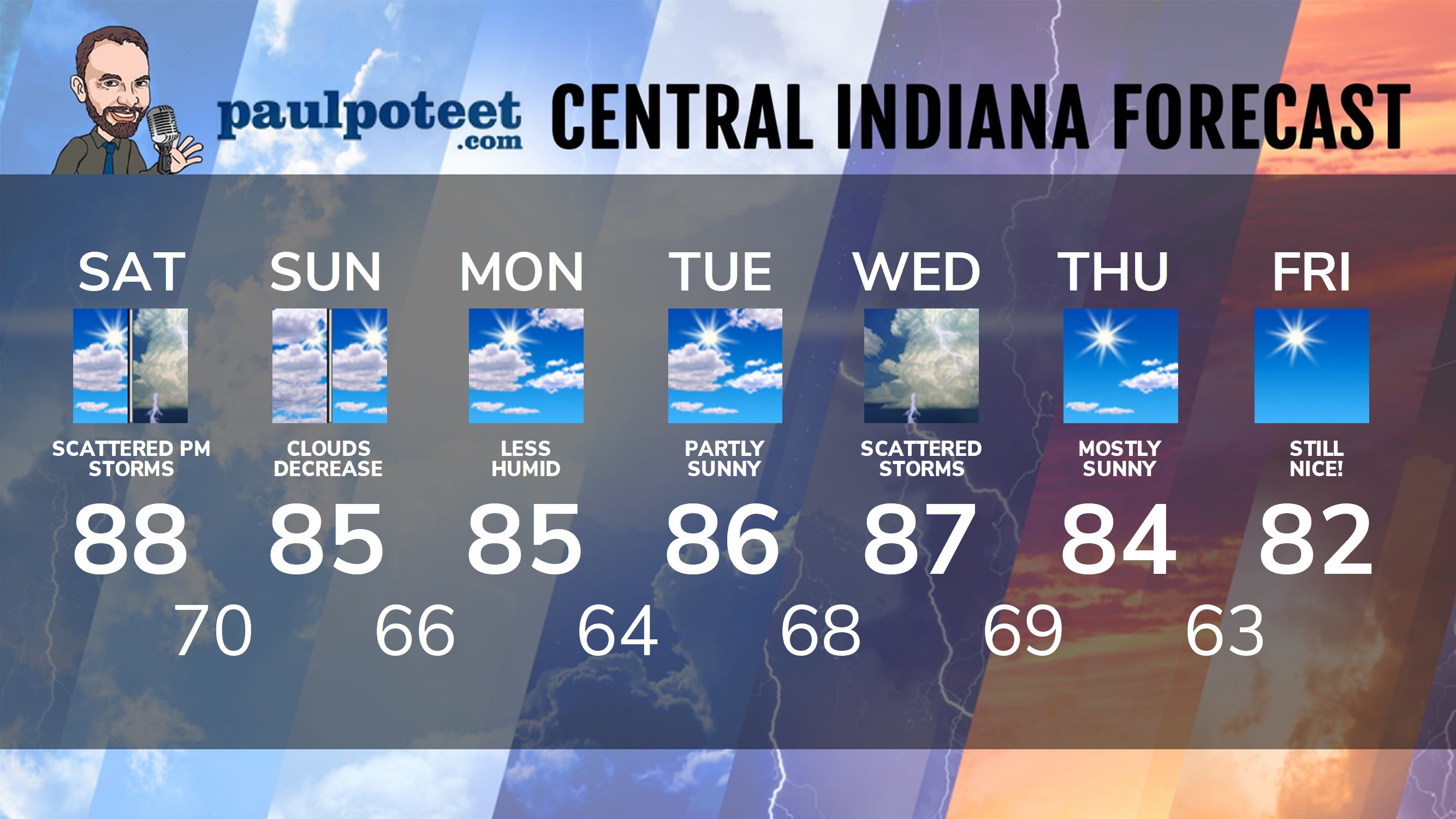