It will be a warmer than average, but it’s been worse. Click here for that story:)

Sunday: Partly cloudy with a spotty shower or storm. High 84. 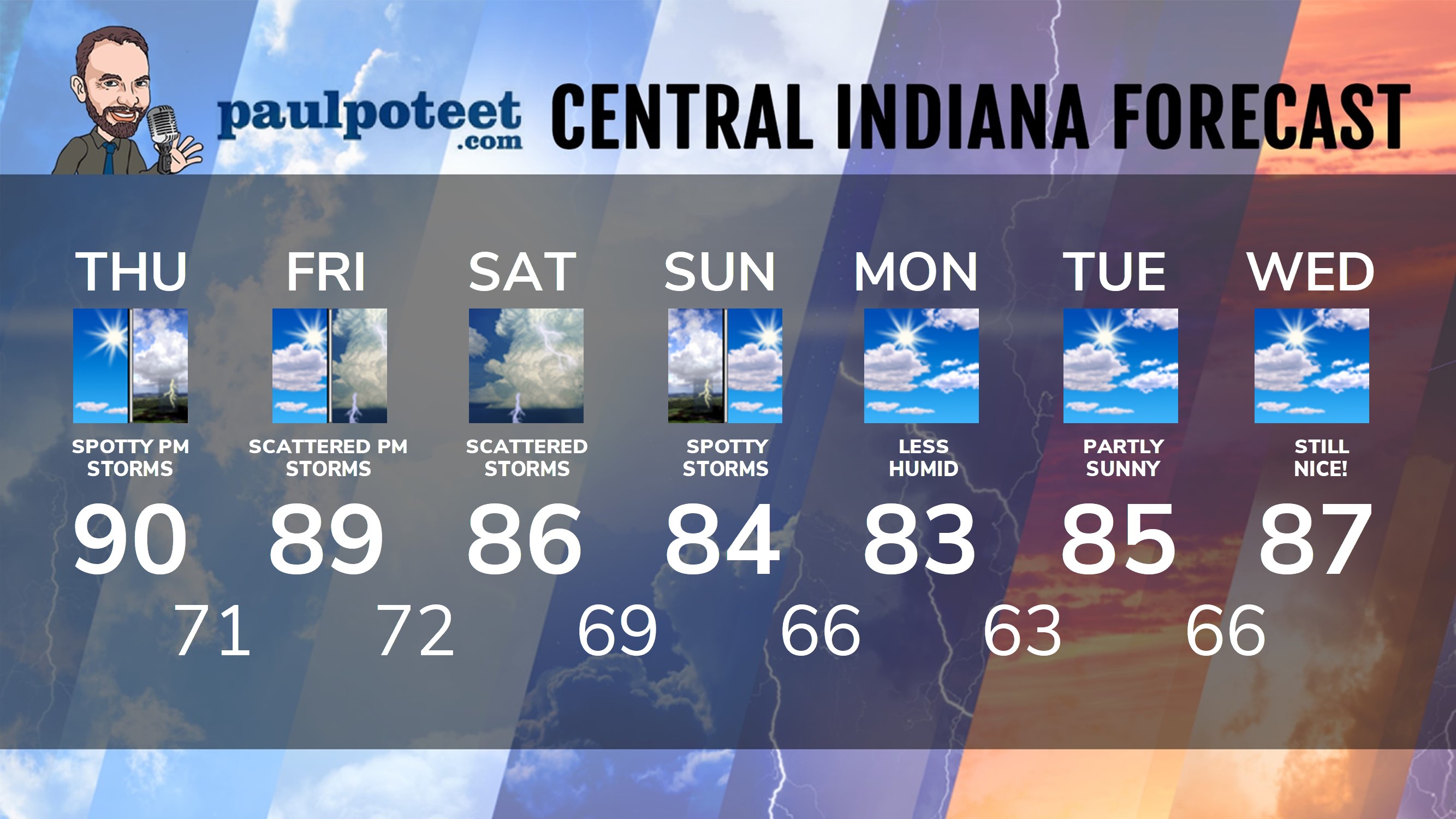