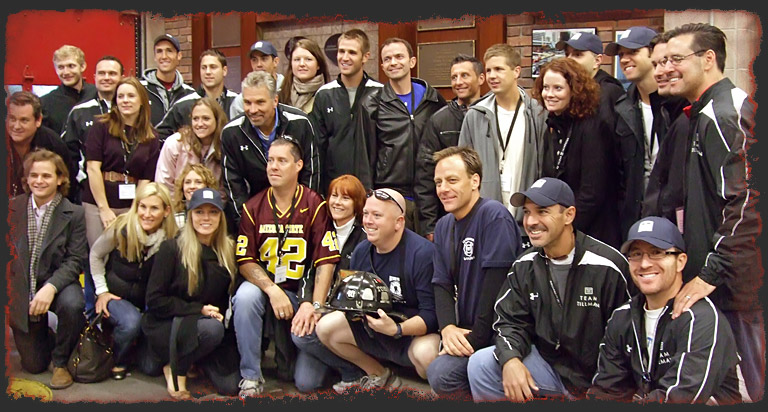 I’ve been lucky to get to do any number of cool things in my life but it would be hard to top being part of “Team Tillman.” I ran the NYC Marathon in 2010 as part of that team, raising about 5,000 bucks (thanks to you) for the Pat Tillman Foundation. If you’ve been following me a long time I’m sure you remember the fundraising.

Pat Tillman left the Arizona Cardinals to join the United States Army Special Forces. He was killed fighting in the war in Afghanistan in 2004. So far, 171 Tillman Military Scholars have been awarded over $2.2 million in scholarship support from the Foundation.

Our Team was invited to visit FDNY’s famous “Ten House” the day before the Marathon. That’s Engine Company 10 and Ladder Company 10 on 124 Liberty Street, across the street from the World Trade Center site. The Ten House members proudly wear and display #40, which was Tillman’s number. They devote a page on their site to Tillman. It was an honor to spend a little bit of time with them.

The motto of the Tillman Foundation is “Leadership Through Action.” Sadly, that seems scarce sometimes, whether it’s families, communities, politics, or even just office politics. So many times it’s all talk and NO action. Twelve years ago today it wasn’t just cops and firemen and the military taking action. It was ordinary Americans. Here’s to them. Here’s to heroes.